taken from the original article by Matthew K. Roy 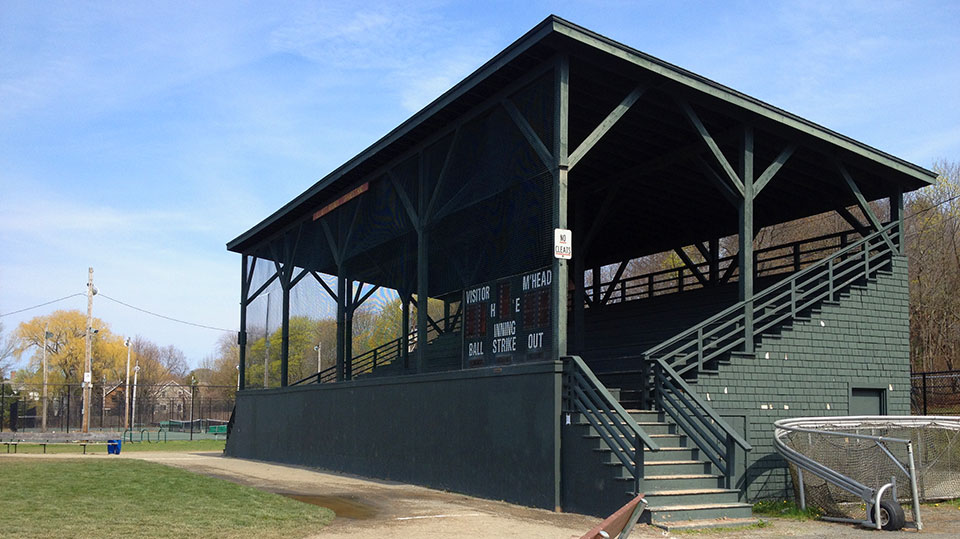 MARBLEHEAD- Looked at one way, the Seaside Park grandstand is a weary wooden relic. It’s a rundown set of bleachers repeatedly abused by spray paint-wielding vandals.

But look again, and it’s much more. To Derek Norcross and others in Marblehead, it’s a precious landmark.

“To the people who live on this side of town, this structure is just as important as (Marblehead Light)” said Norcross, who serves on the Recreation, Parks and Forestry Commission.

Norcross is leading a push to get the grandstand listed on the National Register of Historic Places.

“Some of the research that we’ve done indicates that this is one of the last freestanding wooden grandstands in all of New England, ” he said. 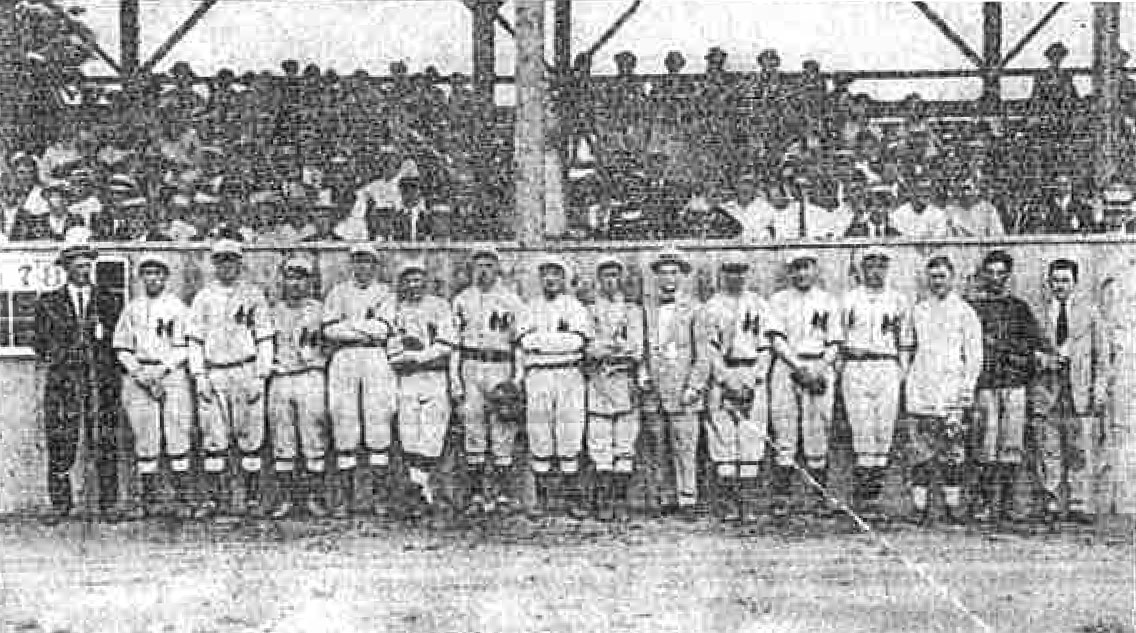 The Marblehead Athletic Association baseball team gathers in front of the Seaside Park grandstand, circa 1916.

Since at least 1916, the grandstand has been a permanent fixture behind home plate in Seaside Park, which is across Atlantic Avenue from Star of the Sea church and the police station. It is Marblehead’s version of Fenway Park’s old 406 Club. But it is enclosed with mesh netting instead of glass and you watch the game sitting on dark green planks of wood.

After years of decay, it was on the brink of being demolished nearly two decades ago, until a group of residents raised money to save it. David Rodgers, the town’s veterans agent, was one who fought hard for the grandstand. He considers it a symbol of a “bygone era”.

“I grew up in the neighborhood,” said Rogers, 56. “I was down there all the time as a kid, and I couldn’t imagine Seaside Park without it.”

Seaside Park is at the center of the town’s athletic history. The first game there was on Thanksgiving Day 1913. Swampscott football defeated Marblehead High School 13-0. It has been the home field for the high school baseball team and American Legion teams for generations.

The park and its signature piece of architecture have earned a speial place in natives’ hearts.

“We grew up here at this park,” said Recreation and Parks Director Mike Lane, 53. “We played ball here. This is where it all happened. This was the showcase.”

In the early 1990s, Rodgers said about $25,000 was spent to refurbish the grandstand. It was then named in honor of Elliot Roundy, a World War II veteran and someone Rodgers describes as a “salt-of-the-earth” Marbleheader.

The grandstand’s glory has once again begun to fade. The locker rooms underneath the bleachers, which were added in the 1930s, have been permanently sealed off due to the threat of vandals. So, too, have restrooms and storage areas.

And the grandstand has proven to be a magnet for graffiti. Early last week, two town employees spent four hours one day painting over spray-painted markings. By the next morning, the vandals had scribbled a message-“You can’t stop us.” it said.

“It’s important to Mike (Lane) and myself and to a lot of people of our era and generation to bring this back and restore it to what it was before.” Norcross said.

A new roof was recently installed, but that was just a starting point, according to Norcross.

“(The grandstand) is beat up; it needs some love.” He said.

If named a National Historic Landmark, the grandstand is guaranteed to be preserved and the distinction will help garner grant money to renovate it.

Norcross will soon send and application tot he state’s Historical Commission, which will decide whether the grandstand is worthy of the National Park Service’s consideration for placement on the Register.

“It’s by no means an off-the-wall notion to seek putting a grandstand on the registry.” Said Brian McNiff, a spokesman for the Massachusetts Historical Commission. He said a grandstand in Pittsfield made the list.

Maybe there’s room for Marblehead’s grandstand. Norcross just wants to do whatever he can to prevent it from becoming so irrelevant that it becomes expendable.

“I’d be the first one in line in front of the bulldozer.” Norcross said.